After the start of the wetlands restoration work in some areas where I had re-cleared the tallow stands, there were a couple spots that were looking really fine as the grasses took over and got tall. Over a three year period it was very interesting to watch the succession of different forbs and grasses and was quite beautiful.  One goal I've had from the very beginning was to create as much ecological and biological diversity on the property as I possibly could, and by the number of critters I was seeing in the grassy areas.... a few permanent grass stands seemed like just what the doctor ordered. I checked with the agencies and everyone was onboard for a shift in the restoration plan that allowed a few of the non-wetland areas to be planted with native prairie grasses instead of trees like the rest of the property. Andy Dolan of US Fish and Wildlife was referred so I gave him a call. A site visit was conducted and together we located the sites that were most appropriate for a prairie restoration project. These are highlighted in yellow on the map below. 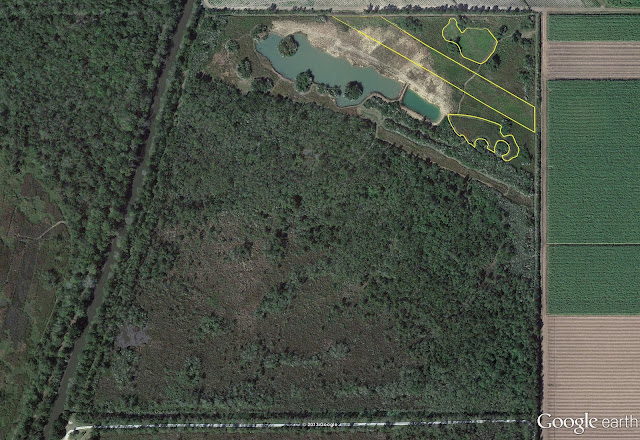 A few signed documents and year and a half later and I now have an official Louisiana Native Prairie Restoration Project on the land !
The plan of attack is to begin site prep on the three areas in the next few weeks (July 2013). This will consist of bush hogging the existing grass very low to the ground and then applying a herbicide treatment (probably multiple times) to kill off most of the existing veg. Yes.... this will kill the native plants already there but more importantly it will help me eradicate the noxious and invasive grasses that also occur, such as Johnson Grass and Vasey Grass. Then a series of disking and harrowing to get the ground ready for seeding. I must have all this done by mid to late September. In late September we will spread a mix of 70 to 150 native prairie grass species seeds on the ground (by hand) and harrow it in.....then wait...nature will do the rest! An annual prescribed burn and maybe some spot spraying will be necessary each year to keep out invasives and woody plants from taking it back over. I'm so excited I can hardly wait.
Of course I will post before and after photographs as the project progresses. 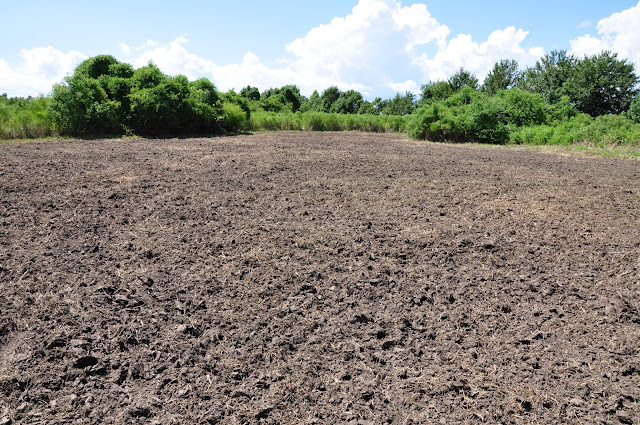 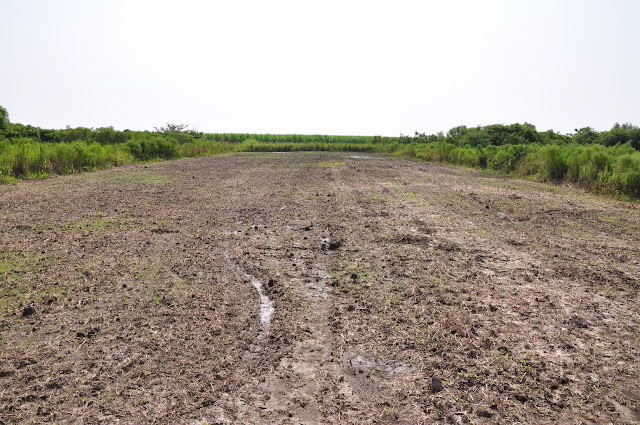 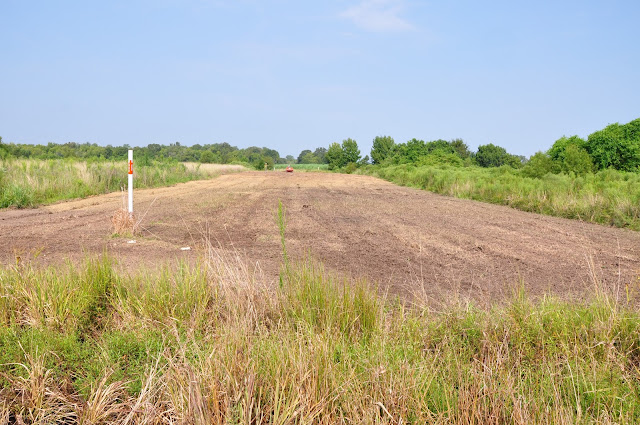 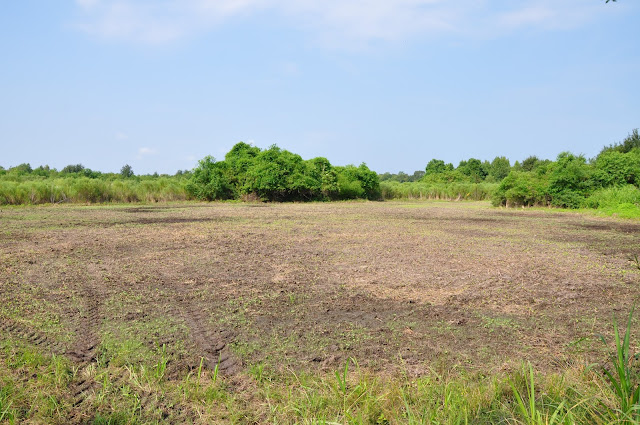 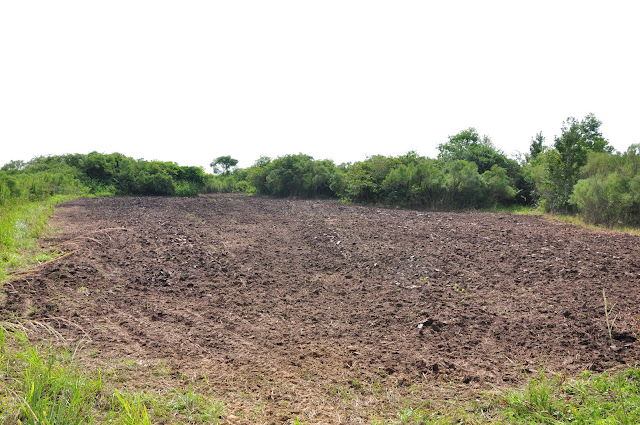